FRESH MEAT -take away – an awareness campaign initiated and led by NEWLIVES.

NEWLIVES, together with The Nest International, The Center Against Trafficking and a huge store chain named “Deres”, made an “in-your-face-campaign” on October 27. 2012. The objective was, once again, to attract public awareness to the fact that sex trafficking is not acceptable and it still happens.

Eight of the most famous and beautiful actresses in Denmark were “put up for sale” in a shopping window. They were dressed up as victims of sex trafficking and had a price tag with a price on their body. Outside, many volunteers handed out flyers, price tags for women and they stamped people with a “FRESH MEAT -take away” bar code.

The campaign was a huge success and it met its objective by creating a lot of awareness on sex trafficking. We continue to hope that the politicians will increase the public effort to fight trafficking. 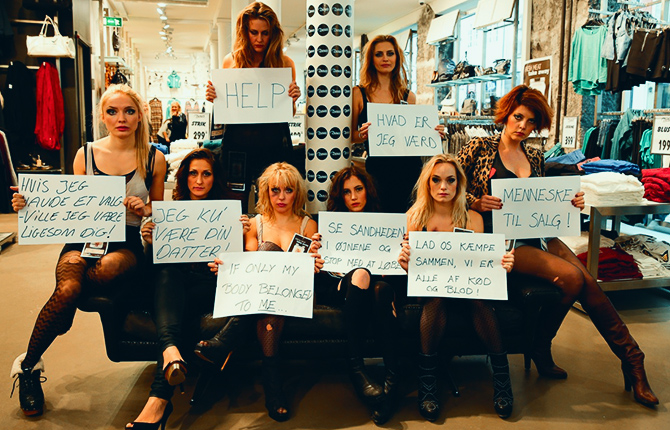 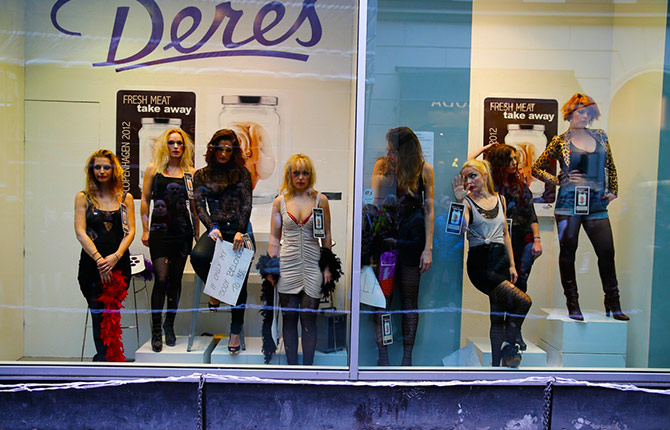 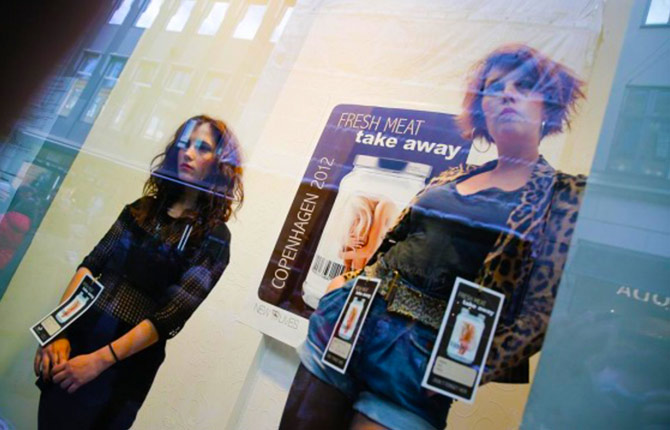